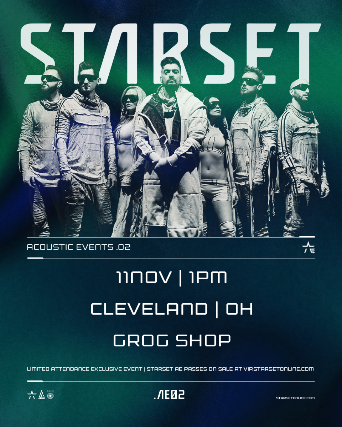 Led by former Downplay frontman Dustin Bates, Starset have constructed an elaborate mythos surrounding themselves (as detailed on their website and shared through their social media posts), in which they insist they were recruited by one Dr. Aston Wise of the Starset Society to spread awareness of scientific phenomena that have been ignored or hidden from public view, most notably transmissions believed to be of human origin that have been broadcast from the constellation Ophiuchus. However, Bates and his bandmates first came together in July 2013, when their debut single, "Carnivore," was released online. A second track, "My Demons," appeared in August 2013, after which the band made its live debut in Salem, Ohio on November 27, 2013.

Starset laid down their conceptual premise with 2014's Transmissions, their full-length debut. Released by Razor & Tie, it cracked the Top 50 and was followed in 2017 with by their second studio effort, Vessels. A breakout success for the band, Vessels hit number 11 on the Billboard 200 and yielded a hit in the single "Monster." Capitalizing on their momentum, Starset released a deluxe version of the LP (Vessels 2.0) in 2018 featuring reimagined, acoustic, and remixed versions of its songs. During this period, Bates also debuted his electronic side project, MNQN, after which Starset returned to work, releasing their third proper full-length, Divisions, in September 2019. The set debuted at number 37 on the Billboard 200 and further expanded the band's ongoing narrative about a dystopian future world. It was also their first release for the Fearless label, which also released Starset's fourth album, Horizons, in October of 2021.
Starset 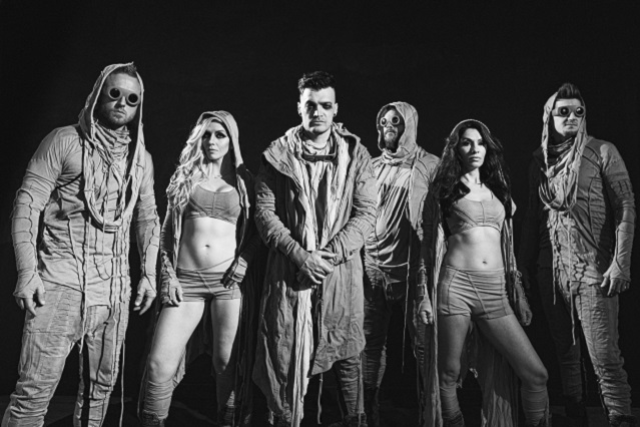