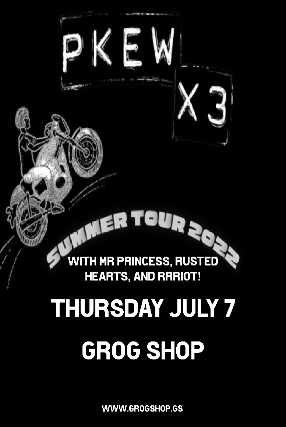 
There might have been a time when Toronto’s Pkew Pkew Pkew were the sort of punk band who revelled, unquestioningly, in the grimy chaos of the mosh pit, or an up-until-the-sun bender, or a skate session in an abandoned pool. But things have changed: the pit started to feel more like a workout, the bender gave way to a crushing hangover, and someone broke their wrist in that abandoned pool. That doesn’t mean that Mike Warne (guitars/vocals), Ryan McKinley (guitars/vocals), Emmett O’Reilly (bass/vocals) and David Laino (drums) will stop doing these things; it just means they realize they’re not good for them. So why don’t they stop?

Their new material doesn’t offer any solutions, but instead catalogues these behaviours with unflinching clarity and precision. Warne writes in the same tongue as plot-driven realists like The Hold Steady’s Craig Finn, not trading in metaphors or coded language but in undressed, literalist narratives over Pkew’s supercharged twin-guitar crunch. In the spring of 2017, Finn himself came up to workshop songs with the band in Toronto. “You know in school when you can hand your work in early, and the teacher will read it and give it back to you, and then you can really hand it in? It was kinda like that,” grins Warne.

Pkew Pkew Pkew have been on this beat for a while. They’ve opened on cross-continental runs with Anti-Flag and The Flatliners, headlined dates across North America, Europe and the U.K., and become mainstays at punk festivals like Montreal’s Pouzza Fest and Gainesville blowout The Fest. Along the way, they’ve accrued a loyal fanbase of both “sports dads and young kids that wanna drink and barf on each other,” Warne laughs. While their 2016 self-titled debut angled more towards the minutiae of the late-20s punk life, their new material steps back to look at the root causes.

“Is this good or is this bad?” Warne ponders of the lifestyle Pkew sings about. “It’s fun to live like an idiot, but it’s probably bad, also. We’re all constantly wondering if we’ve ruined our lives forever or not, being in a band.” 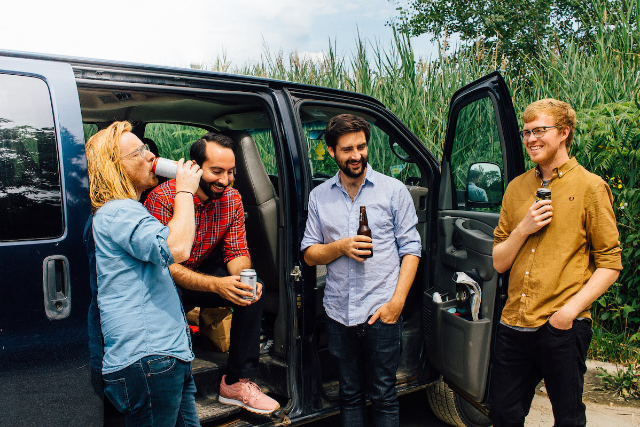 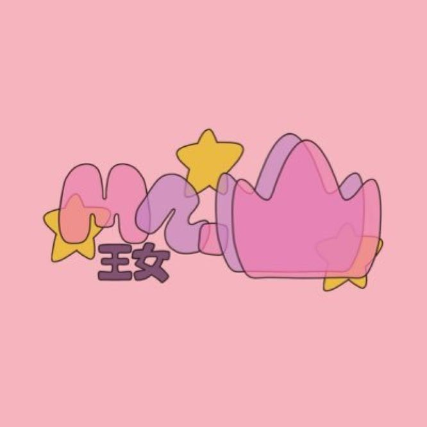 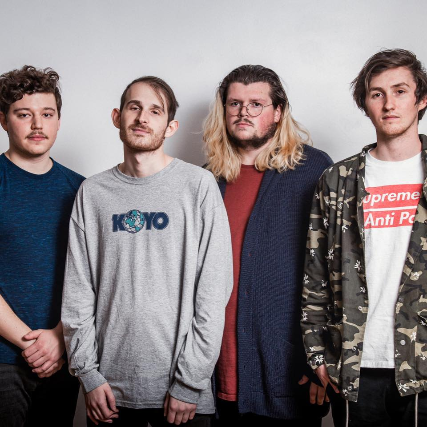