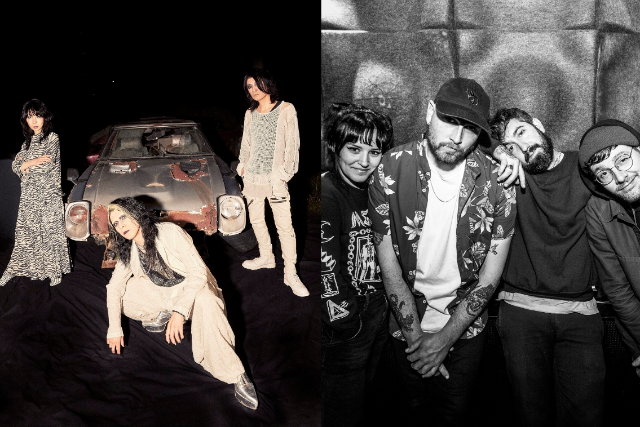 In an effort to sublimate the negative energy surrounding everyone in 2020, legendary Japanese heavy rock band Boris focused all of their energy creatively and turned out the most extreme album of their long and widely celebrated career, NO. The band self-released the album, desiring to get it out as quickly as possible but intentionally called the final track on the album “Interlude” while planning its follow-up.

The follow-up comes with W, the band’s album for Sacred Bones Records. The record opens with the same melody as “Interlude” in a piece titled “I want to go to the side where you can touch…” and in contrast to the extreme sounds found on NO, this new album whispers into the listener’s ear with a trembling hazy sound meant to awaken sensation.

NO and W weave together to form NOW, a duo of releases that respond to one another. In following their hardest album with this sensuous thundering masterpiece they are creating a continuous circle of harshness and healing, one that seems more relevant now than ever and shows the band operating at an apex of their musical career.

Last year, astronomers revealed the first-ever photograph of a black hole. The image resembled an eye with an ominous dark center surrounded by a lopsided ring of red. The strength of a black hole is so overpowering that nothing—not even light—can escape it.

When the black hole photograph was published on the front page of The New York Times, NOTHING founder Domenic Palermo bought a copy at a newsstand, framed it, and hung it above the desk where he writes. The image of a black hole might be menacing to some, but for Palermo, it fits perfectly in line with the themes he draws from. A swirling void ready to destroy anything in its path seemed like a perfect metaphor for humanity itself. One day, sitting at his desk, Palermo had an idea for a new album, and he wrote down a single line: “Existence hurts existence.”

The Great Dismal, NOTHING’s new full-length album explores existentialist themes of isolation, extinction, and human behavior in the face of 2020’s vast wasteland. Closing in on the band’s ten-year mark, Palermo finds himself stringing together songs of misanthropic tales of Philadelphia with a refined and refreshed take on NOTHING’s classic sound. “The Great Dismal refers to a swamp, a brilliant natural trap where survival is custom fit to its inhabitants,” Palermo states. “The nature of its beautiful, but taxing environment and harsh conditions can’t ever really be shaken or forgotten too easily.” 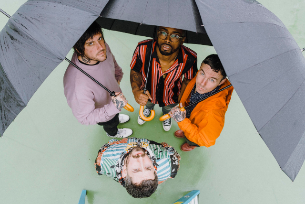 The story of NOTHING began in 2010 with a simple demo tape in a Philadelphia apartment. The project, which started as a therapeutic outlet solely for Palermo, snowballed into a polished machine with a chance meeting with guitarist/singer Brandon Setta and the eventual addition of Kyle Kimball on drums. Sharing a musical bond, the trio weaved melancholic tales of imprisonment, broken bonds and lost youth as the centerpiece for their 2014 debut, Guilty Of Everything. The world post Guilty served as the focus for the entirety of 2016’s Tired Of Tomorrow – painting a Schopenhauerian tragedy in vivid color and sound.

While sticking to the sound that has now become their own, you can still hear the band testing their boundaries and creating a plethora of genre-bending, yet widely accessible songs. As a band, NOTHING manage to muster a smile in the face of the illogical, and there is no denying that their new album Dance On The Blacktop is a brave walk into the absurdity.